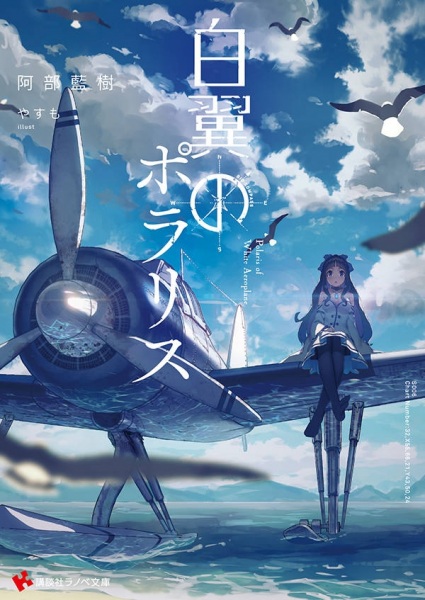 The people who soared these skies probably knew my last name, Migrateur, but they for sure didn’t know Ciel, my first name. At the time, I was just a young boy starting my life as a “Swallow.”

A year was an interesting concept. What we viewed as a year in my hometown of Vessel was vastly different than how others viewed it in different places. Six years ago (relative to my hometown), my father left me to head far, far North and vanished from my life. A year later, his white seaplane came miraculously flying back on autopilot to the very port it left from. He valued that plane over his own life, so the consequences of it coming back without him was very telling.

Of course, I was devastated. The first night my mind couldn’t process anything, and on the second night I finally accepted what had happened and cried my eyes out. I cried and cried until the fifth night, when I finally thought of only one thing to do from then on. I would carry on my father’s legacy and become a Swallow myself.

That very next day, with my eyes still red from all the crying I did the previous nights, my strong conviction led me to knock on the door of Vessel’s Swallow Guild Hall to become one of them.

But I wasn’t— I was just a newbie at the time. Rather than being those mythical birds that migrated across the ocean in huge strides, I was more like a farm chicken. Despite that, right now I could say that I’m a proud Swallow… Well, maybe not the proud part.

I’ve said it before and I’ll say it again: I started out as a novice. If I didn’t meet her back then, I would probably still be the same chicken to this very day, flying the skies with no real purpose.

It had been three years since I inherited both my father’s plane and his nickname, “The White Wing,” which was the overstatement of the century, and set off to the skies. With my partner I met on that fateful day, we continued on our adventure, protecting our own little world one day at a time.

This is the tale of our adventure.

4 thoughts on “Hakuyoku no Polaris Prologue”